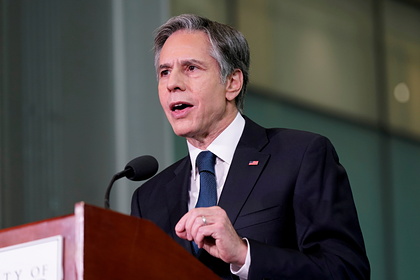 NATO countries view Ukraine as a springboard for provocations against Russia. So, to the words of US Secretary of State Anthony Blinken that there is a “very serious threat” to Ukraine from Russia, Aleksey Chepa, Deputy Chairman of the State Duma Committee on International Affairs, answered in an interview with RT.

According to him, NATO does everything to maintain the atmosphere of tension between the countries, forcing the Ukrainian authorities to act in the same direction. He also added that the alliance led by the United States is doing nothing to force Ukraine to comply with the Minsk agreements.

“The fact that we are preparing some kind of action against Ukraine is absurd and provocative.” , – said the deputy.

Earlier, Blinken said that Washington is striving for “stable, predictable” relations with Moscow, but in the event of aggression towards Ukraine, Russia will face certain consequences.

В In November, the US Secretary of State warned of the consequences in the event of a Russian attack on Ukraine. “This is not an alliance planning aggressive actions against Russia. Unfortunately, the only aggression that we have seen in recent years came from Russia, ”he said.