RBC: more than 17 percent of doctors were in favor of toughening draft laws on QR codes 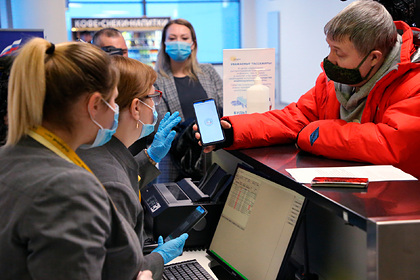 Draft laws on QR codes are supported by 24.6 percent of doctors , are in favor of tightening it by more than 17 percent. Such data from a survey conducted by the Doctor's Handbook mobile application became known to RBC.

According to the survey, the share of those who oppose bills on digital documents is 36.5 percent, another 21.9 percent of doctors agree to support the document if some of the restrictions are relaxed.

The opinions of doctors about the mandatory vaccination against coronavirus were almost equally divided. So, 49.7 percent are in favor of such a measure, 50.3 percent are against.

Most doctors (86.6 percent) believe that the campaign to convince people to get vaccinated is not entirely successful. Among the reasons for the ineffective campaign, doctors cite conflicting statements by the authorities about COVID-19 and vaccination, as well as the lack of an accessible explanation to the population of scientific data on the benefits of vaccination and unreasoned explanations about the possible severe course of the disease.

To increase confidence to the vaccine, you need to work with the general population, according to 56.7 percent of the surveyed doctors. At the same time, every fifth specialist said that it is important to increase confidence in vaccinations among the medical community.

Draft amendments on the use of QR codes in public places, which confirm the fact of vaccination against COVID-19 or a previous illness, were submitted to the State Duma November 12. The initiative does not regulate the operation of public transport, pharmacies, grocery stores and retail outlets with essential goods. From February 1, it is proposed to issue a digital document only to those vaccinated, ill and those who have a medical record.