Izvestia: tariffs for garbage collection may increase by 6-10 percent 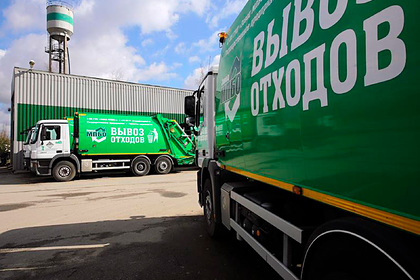 sorting garbage. The costs will be included in the tariffs of the Russians – then they will have to pay for the removal of waste by 6-10 percent more, Izvestia reports.

According to the new rules, the cost of operating waste transfer stations will be included in the waste collection costs. The changes were supposed, on the contrary, in the future to reduce the cost of transporting waste. However, the association of organizations, operators and specialists in the field of waste management “Clean Country” indicates that in some regions there are no stations, and the government did not take into account the costs of their construction. Also, in the explanatory note to the project, a possible increase in tariffs was not analyzed, and the savings due to the use of stations were not justified.

The changes will increase transportation costs, which will affect tariffs for citizens, predicted the general director of the Big Three, Artem Sedov. At the same time, the increase in fees depends on the decision of the committees on prices and tariffs of the constituent entities. According to Sergei Minko, Advisor to the General Director of PJSC City Innovative Technologies, in the next five years, sorting and recycling of waste will not be able to recoup the use of stations in Russia, and other sources of funds, except for tariff payments, are not provided for in this system.

< p>At the same time, the project was supposed to exclude the possibility of an increase in tariffs: the construction of stations should reduce the costs of the regoperator for garbage disposal. Denis Butsaev, General Director of the Russian Environmental Operator (REO), stressed that the distance between delivery points will become shorter, and the money saved on transportation can be used to build waste transfer stations. In his opinion, the new scheme should not increase tariffs for citizens.

Chairman of the Russian Ecological Society Rashid Ismailov agrees with Butsaev. “Regulators must build business models in such a way as to optimize costs. Garbage transshipment according to the proposed scheme should reduce transport costs, and this is a matter of competent management, “the expert said.

Earlier in October, Deputy Prime Minister Viktoria Abramchenko said that the authorities would begin to use” enforcement tools “to force regions to apply with garbage in accordance with the new requirements. In particular, the government will draw up a “green” rating of the regions, which will reflect the effectiveness of the implementation of rules for handling solid municipal waste. The reform was launched in 2019 to eliminate illegal landfills and reduce the amount of garbage in landfills. Among other things, the new system implies the construction of stations for sorting and processing waste and the introduction of separate waste collection.