Kommersant: General Kizlyk was unable to return 160 million rubles worth of property seized to the state income 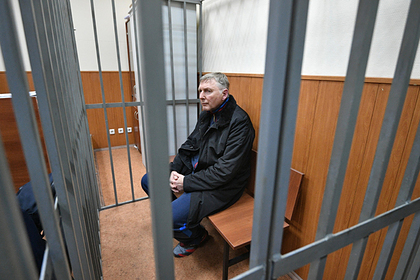 Former Lieutenant General of the Federal Customs Service (FCS) Alexander Kizlyk was unable to achieve the return of assets worth almost 160 million rubles, which were previously turned into state revenue. Kommersant became aware of this.

The Moscow City Court considered that Kizlyk could not legally acquire a land plot and a house for 990 thousand rubles, as well as borrow a large sum in rubles, euros and dollars without a contract and receive gifts in the form of gold watches, pens and cufflinks.

The general who headed the customs investigation department of the FCS was detained by FSB officers on December 24, 2019. On February 17, the Meshchansky Court of Moscow seized from Kizlyk and his wife property worth 153 million rubles in favor of the state, acquired with illegal income.

During the audit, the Prosecutor General's Office established that the general had been in the public service since 1984, his wife does not work for a long time. Their income from 2001 to 2019 amounted to 34.7 million rubles. An obvious discrepancy between the incomes of the Kizlykov spouses and the value of the property they own was revealed, and therefore it is subject to confiscation in favor of the state in accordance with the anti-corruption law.