Neurologist Vaughn: You can diagnose a stroke on your own using a quick test 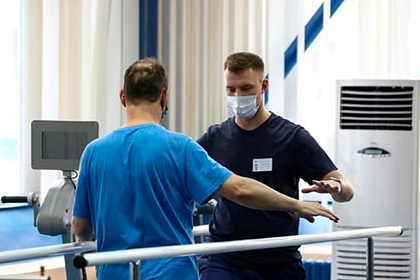 Tatiana Vaughn, a neurologist of the highest category, named the method by which a person can independently identify a stroke. This on Monday, December 6, writes “Moskva speaks” in its Telegram channel.

According to the physician, this requires a quick test, trying to smile or raise both hands. If you can't do something from this, this is a reason to immediately seek medical help.

Among the characteristic signs of a stroke, according to Vaughn, face asymmetry, as well as slurred speech. She noted that after the onset of at least one of the symptoms of a stroke, the patient has only four hours, and therefore it is necessary to immediately call an ambulance.

The neurologist added that in order to prevent a stroke, it is necessary to regularly see a doctor. “You can protect yourself from a stroke by keeping the blood pressure normal and the vessels that deliver blood to the brain in a functional state. There are such diagnostic methods, this is called duplex scanning, “Vaughn clarified.

Earlier, TV presenter and doctor Michael Mosley called unexpected methods to lower blood pressure without resorting to medication. Losing weight, cutting back on salt and getting regular physical activity can help in the long term, according to the doctor.