Senator Jabarov: The Baltics want to be a victim of Russia in order to solve internal problems 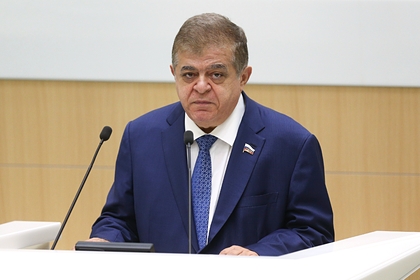 The Baltics want to be a victim of Russian aggression, it supports this image, in order to solve certain internal tasks, therefore, he goes to deliberate provocations against the country. Such charges were brought by the senator of the Federation Council Vladimir Dzhabarov. In a conversation with Lenta.ru, he added that Russia is not hatching any insidious plans to annex or “cut off” certain territories.

Kiev and NATO fear that Russia can cut off the Baltics from other countries of the North Atlantic Alliance in a few hours, the Times writes, citing sources. According to the interlocutors of the British edition, Moscow can use for this purpose the migrants who have accumulated on the territory of Belarus, sending them to the Suwalki corridor, which is the only common border between the Baltic countries and other NATO members. It is assumed that the refugees will start riots there, which will be sent to pacify the Russian military.

“Conflicts will end in disaster”

The senator stressed that Russia is not going to cut anyone off and is not harboring any insidious plans envisioned by NATO countries and Ukraine. Nevertheless, the obsessive idea that the country will necessarily annex Ukraine has now spread, apparently, to the Baltics.

“Why is Russophobia being inflated? For some reason, there are no other adequate, normal ways of speaking, because the West is trying to intimidate the people, creating such a negative time. Meanwhile, Russia does not bother anyone and does not attack anyone, that is why it must be provoked, “the politician explained.

Dzhabarov drew attention to the fact that the image of Russia as an aggressor, a country that has lost all fear, is being broadcast long ago. But even when these statements are not backed up by any real actions, the image must be maintained in order to solve the own problems of the Western countries.

“We must drag Russia into at least some kind of conflict, arrange at least some kind of provocation. Europeans very easily succumb to such stories, and the Baltics, Poland, in general, really want to be victims of Russia. They do not understand that conflicts are bound to end in disaster. That we should speak with Russia not in the language of sanctions, that relations should be improved. No need to try to make an enemy out of the country, no need to threaten it, “the senator concluded.

Earlier, the Kremlin spokesman Dmitry Peskov also assured that Moscow was not going to attack anyone, and called unacceptable hysteria, which in is currently being whipped up in Western media on this topic.