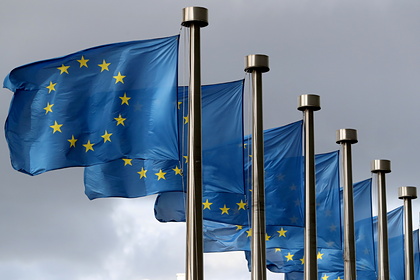 The European Union (EU) is closely monitoring news of Russian troops on the Ukrainian border and is serious about the threat of a possible escalation. This statement was made by the press secretary of the European Commission Peter Stano, criticizing the Financial Times article, which said that the EU initially did not trust the US warnings about a possible “Russian invasion”. His words are quoted by RBC.

“Despite the fact that we do not comment on various speculations in the media, when it comes to the issue of building up Russian military power around Ukraine, we take it very seriously,” Stano said. He stressed that the EU has already announced that it is receiving “very alarming information” about this situation.

“Our support for the sovereignty and territorial integrity of Ukraine is firm and unchanged,” Stano added. According to him, Brussels continues to study the possibilities of building up Ukraine's resilience in the event of a possible escalation of the conflict.

Earlier in the Financial Times, citing sources, they wrote that at first some EU countries did not believe in the US statement about the alleged possible invasion of Russia to Ukraine. According to FT, Washington was forced to go to large-scale release of intelligence data in early November in order to convince allies in Europe.