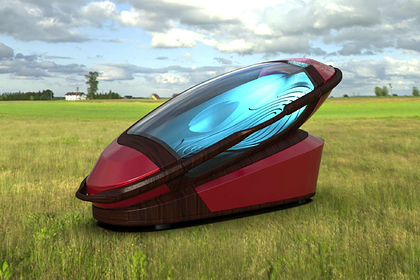 Sarco voluntary euthanasia capsule passed legal due diligence in Switzerland. Now it can be legally used and distributed in the country. Dr. Philip Nitschke, capsule developer and founder of Exit International, spoke about this in a conversation with Swissinfo.

This is a 3D-printed capsule. It is activated from within by a person who wants to die. First, he will be asked a series of questions, and then allowed to activate a mechanism that fills the chamber with nitrogen. In fact, a person finds himself in a capsule without oxygen, however, according to Nitschke, he does not experience any discomfort.

“All this will take about 30 seconds. Death occurs due to hypoxia and hypocapnia, that is, a lack of oxygen and carbon dioxide. There is no panic, no feeling of suffocation, ”the specialist explained. He added that as early as next year, the capsules may be delivered to Switzerland, as this was allowed by the legal examination.

At present, suicide with medical assistance is allowed in Switzerland. In 2020, about 1.3 thousand people took advantage of this opportunity.

Euthanasia is also legal in Spain, Belgium, Luxembourg, the Netherlands, Canada and Colombia. There is an article in Russian law prohibiting euthanasia, both active and passive (when the patient is allowed to die).