Olaf Scholz: Christina Lambrecht will take over the post of Defense Minister, Lauterbach will lead the Ministry of Health 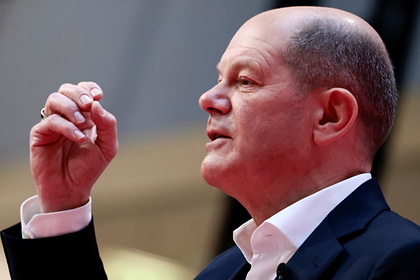 Social Democratic Party Ministry of Health Karl Lauterbach, Minister of Defense will be replaced by Minister of Justice Christina Lambrecht. This was stated by the leader of the SPD, future German chancellor Olaf Scholz, reports NW.

” Tired of power and people “Migrants, crisis and Russian gas: what did Germany get over 16 years of Angela Merkel's rule? 00: 02 – 28 September Deficit of Democracy. Power is changing in Germany. Who will lead the country into the future and what will it be like?

Scholz also revealed the name of the future Minister of Internal Affairs. For the first time in the history of the country, the German Interior Ministry will be headed by a woman. According to the leader of the SPD, Nancy Feather, who was a member of the Social Democratic faction in the parliament of the state of Hesse, “is very well known in this area.”

“Security in this government will be in the hands of strong women,” stressed future chancellor.

Earlier, the Social Democratic Party of Germany (SPD) finally agreed on an agreement on the creation of a coalition with the parties “Union90/Greens” and the Free Democratic Party (FDP). In the coalition agreement reached, the German government promises to return to the debt brake in 2023, not to introduce any new taxes, to abandon coal in 2030, to modernize the industry and solve social issues related to the lack of housing and child poverty.