Deputy Irina Rodnina on Eteri Tutberidze: the greatest coach? This is an overkill 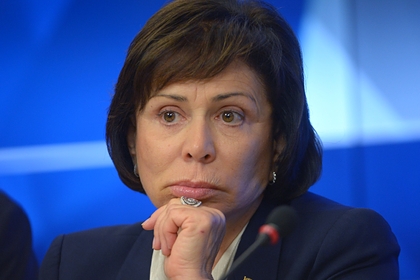 Three-time Olympic champion, State Duma deputy Irina Rodnina commented on the conflict between the honored coach of the USSR Tatyana Tarasova and Rudyusova Her words are quoted by “Sport-Express”.

The deputy called the incident funny. She also refused to consider Eteri Tutberidze the greatest coach. “This is overkill. I am afraid of this word. And I can't call a single coach and athlete the greatest. Our greatest [cosmonaut Yuri] Gagarin, “Rodnina said.

On December 5, Tarasova spoke about the sports prospects of Rudkovskaya's son and two-time Olympic figure skating champion Evgeny Plushenko Alexander. The coach said that at the moment she does not see the athletic potential of the seven-year-old skater. In response, Rudkovskaya said that Tarasova's opinion was not fundamental to her, and Tarasova's coach praised the producer with the phrase “who is she.”

The conflict between Tarasova and Rodnina has been going on for several years. Rodnina, paired with Alexander Zaitsev, trained with Tarasova from 1974 to 1980. Under the guidance of a coach, they became two-time Olympic champions, as well as five-time world and European champions.