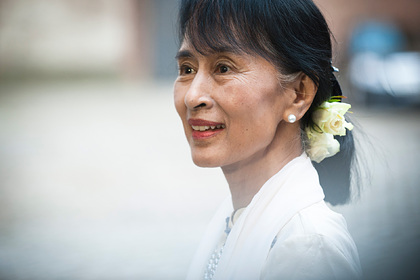 Invisible genocide Thousands of Christians are exterminated throughout the world. But the West does not notice this 00:01 – February 3

Myanmar before the military coup

The leader of the opposition junta, the Government of National Unity of Myanmar (PNU), has been in custody since the soldiers of Commander-in-Chief Min Aung Hlaine disbanded the government and arrested President Vin Myin.

In addition to the existing sentence, Suu Kyi could face imprisonment on charges of corrupt practices and electoral fraud. According to international human rights activists, if the ex-state adviser is found guilty on 11 counts imputed to her, Suu Kyi could be sentenced to 100 years in prison.

Human rights activists emphasize that the military fabricated charges to end the political career of the opposition leader. The prosecution has not yet provided evidence.

On February 1, 2021, the Myanmar Armed Forces Command declared a state of emergency on the basis of accusations by the civilian government of rigging parliamentary elections in November 2020. Commander-in-Chief Min Aung Hline's soldiers dismissed the government and arrested the country's President Vin Myin, Aung San Suu Kyi, who served as a state adviser (roughly equivalent to a prime minister) and foreign minister, and other supporters of the National League for Democracy. Soon, protests in support of the ousted government began in the country.

The elected representatives of the people who lost power organized the Government of National Unity of Myanmar and began to fight the military regime. They are currently officially in exile and are not allowed to hold official positions in the country.