Ministry of Internal Affairs: migrants are subject to repeated fingerprinting after tattooing and removal of scars 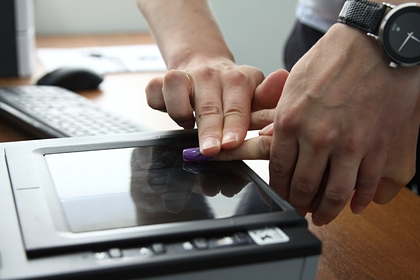 90 days, they wanted to send for re-fingerprinting and photographing after tattooing or removing scars. This is reported by TASS with reference to the draft order of the Ministry of Internal Affairs.

Also, migrants may be re-obliged to take fingerprints in case of loss of a limb, hand or finger.

“Foreign citizens are subject to fingerprinting and photographing once, with the exception of persons in respect of whom a significant persistent (permanent) change in appearance (the appearance (removal) of scars, skin defects, tattoos, changes in appearance as a result of surgical interventions) has been identified, or ten years have passed since the date of the photographing “, – specified in document.

In the event of a change in the last name, first name, patronymic, date and place of birth, gender or citizenship, as well as inconsistency of the information in the document with the information obtained during personal identification, they may also be attracted to photographing and submitting prints again .

Earlier it was reported that for labor migrants and foreign citizens who come to Russia for more than 90 days, restrictions are imposed I'm on mandatory photographing. Thus, migrants will not be allowed to the procedure in colored lenses, tinted glasses, in uniforms and outerwear, in scarves or other items that cover part of the chin.