“Magnit” presented the Russian prototype of a robot vacuum cleaner 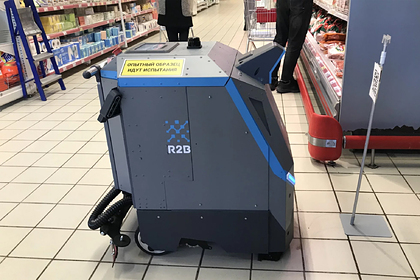 “It is always considered that manual labor is cheaper. But it rises in price, strongly. We have tested the robot vacuum cleaner. Based on the pilot's results, we found out that this is a serious saving of water and detergents in comparison with manual labor. Cleaning is always on schedule. We made two pilots: one was Russian, one was Danish. We took the domestic one. It is more suited to Russian realities, “Jamalov noted.

He stressed that the development will also allow entrepreneurs to save on labor. The presented prototype holds a charge for 2.5 hours. However, it can be modified. The robot vacuum cleaner is already being handed over to experts to optimize production.

In addition, Dzhamalov spoke about the joint project of VTB and Magnit. The employees of these companies were offered to unite in teams, to develop projects of their ideas for business within a month, and then to present them to the management. The eight best of them were selected for further development.

As a reminder, the sixth Time for Innovation forum dedicated to international cooperation in the field of innovation and digitalization is being held as part of the business program of the Russian pavilion at Expo 2020. More than 50 speakers present their projects during December 6 and 7.