In Tatarstan, a member of his organized criminal group 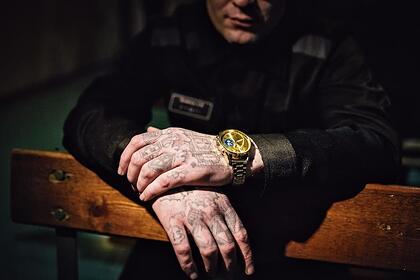 In the Supreme Court of Tatarstan at the trial of a criminal case against a thief in law Rashid Khachataryan, known as the thief in law Rashid Dzhambulsky, accused of occupying a high position in the criminal hierarchy and creating an organized criminal group (OCG), testified by a key witness. This is reported by “BUSINESS Online”.

This person turned out to be a former member of the organized criminal group Daniil Chikurov, nicknamed Myakish. He said that he got into the Dzhambulsky group after he turned to him for help. Myakish was serving time and in the colony began to cooperate with the administration, that is, he was a “red suit” convict. He mercilessly beat the “muzhiks” – ordinary convicts, for which they began to make claims against him after his release. Myakish was severely beaten several times, and he decided to seek protection from Dzhambulsky.

“The highest are thieves. Then there are the vagabonds, the peasants, the onlookers, the red ones … The “proprietor” is the thief's henchman, and the watchman is appointed by the city's grouping. The “proprietor” and the beholder are two different people. Moreover, the “proprietor” is higher, “Myakish explained in court the subtleties of the criminal hierarchy.

In court, he called Dzhambulsky a thief in law, who led the Tatarskie OCG, nine members of which are on trial with him. Myakish also spoke about all the cases of the defendants. During the investigation, he made a deal with the investigation and he himself will be tried in a special order, providing for the minimum punishment.