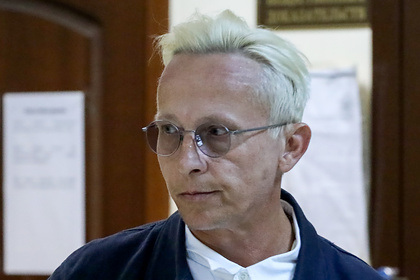 youth, desecrated ideals, lack of prospects ”. This is reported by the publication “Arguments and Facts”.

The artist made a speech at the birthday of musician Garik Sukachev. “Everyone knows that in the modern world there is no problem with information. There are problems with its systematization. Where are those diamond braces, gold fittings on which our long-suffering people could hang their everyday shackles, put them on the shelves – what is good, what is bad, what can be pushed into, and what is categorically undesirable, even if the whole European culture is pushed into the back? ” – asks Okhlobystin.

He said that clarity and frankness is needed in Russia's foreign policy, since another crisis has come in the world. The actor predicted that in the United States there will be “unemployment of mints workers”, and the planet will find a way to protect itself from the negative influence of man.

Then the artist reflected on Europe, which “does not please”, since, according to Okhlobystin, the average European was born in the suburbs of Kabul or Damascus, lives on benefits and studies textbooks on terrorism in his free time. If you look to the East, the actor added, “it’s better to do it through a cannon sight.” … “Although one way or another this world still belongs to us, nice guys over 60, in art, in business, in politics. As it was sung in one foreign film: “Tomorrow belongs to me.” So it came tomorrow. And in this tomorrow there is no place for despondency and depression, “the actor said.

He called modern youth sour and added that they are afraid to drink and smoke, as they are worried about their health. According to Okhlobystin, the older generation is left to “torn to the grave” in order to feed their children, who are in search of themselves. The actor recalled that once his peers were doing the same, but “out of hunger” they quickly found their way.