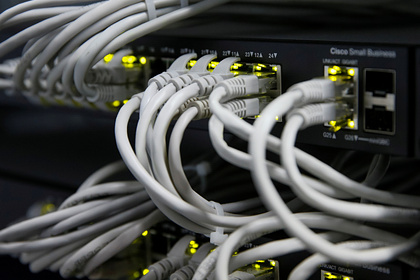 Russia certainly has something to share with the international community in solving the problems of Internet governance. Over the past year, large-scale work has been carried out in our country to update national legislation on such tracks as interaction with international IT giants, combating illegal content and fakes on the network, countering cyberbullying and others. This is how Lente.ru commented on the work of the 16th UN Forum on Internet Governance Vadim Glushchenko, Director of the Competence Center for Global IT Cooperation. The forum takes place in the Polish city of Katowice. The main theme and motto of the event is “Internet United” – an open, free Internet that unites all users into a single community.

“Russian regulatory measures, in my opinion, are consistent and balanced. In relation to IT giants violating the law, the punishments are moderately harsh, and the regulator is ready for dialogue with those who are determined to act for the benefit of Russian users, – Vadim Glushchenko believes. – Quite a few striking events have taken place in the field of self-regulation and public initiatives. Among them, I would note the creation of the Alliance for the Protection of Children in the Digital Environment and the Institute of the Youth Digital Ombudsman, as well as the development and adoption of the Code of Ethics in the field of artificial intelligence. All these initiatives will be presented on the sidelines of the forum. ”

For the first time Russia is represented at the forum at a high level. On December 7, 2021, Deputy Prime Minister of the Government of the Russian Federation Dmitry Chernyshenko, in charge of digital economy and innovation, will speak at the high-level plenary session “Investments in the development of the digital sphere, transnational and transcontinental digital cooperation”. It is planned that he will talk about Russian achievements in the field of digital development and come up with initiatives to unite the efforts of the world community in matters of Internet governance and protection of human rights in the context of digital transformation.

On December 7, a parliamentary round table on the topic “User-oriented legislative approaches to the digital space” will take place, in which State Duma deputy and chairman of the committee on information policy, information technology and communications Alexander Khinshtein will speak. In his speech, he will share Russian legislative experience and, in particular, talk about the adoption and implementation of the law on “landing”.

Representatives of new Russian institutions – the Youth Digital Ombudsman and the Alliance for the Protection of Children in the Digital Environment, will speak at the discussion “All we need is YOUth: uniting young people and ICT”. One of the main topics of discussion will be the projection of Russian practices for the protection of young users on the international space. The discussion will be moderated by the Russian representative in the Forum's Multilateral Advisory Group, Roman Chukov.

The Center for Global IT Cooperation, along with other Russian organizations, participates in the organization of a number of important sessions of the forum, in which the international expert community has shown great interest. One of them, titled “The Clash of Digital Civilizations: Technological Giants and States,” will be devoted to a discussion about the acceptable rules of the game for digital platforms at the moment. It will be attended by representatives of business, academic community and government from different parts of the world, and the session will be moderated by Anna Dupan, Director of the Institute for Legal Regulation of the National Research University – Higher School of Economics.

Earlier, Roskomnadzor said that it would not apply administrative sanctions to foreign IT giants that have not opened a representative office in Russia, strictly from January 1, 2022, as provided by the law on landing. However, not everything is so simple: concessions will only apply to bigtech, which will show that it is working to bring its activities in line with Russian requirements.

Within the framework of international relations, Russia actively advocates cooperation in the regulation and control of the Internet, the development of international approaches that will ensure the best protection of users and their interests in the digital space. Thus, in October, Russia and the United States jointly submitted to the UN General Assembly a joint resolution on the responsible behavior of states in cyberspace.