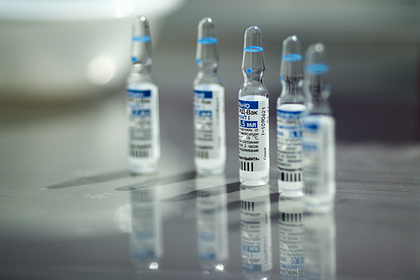 The Sputnik V coronavirus vaccine produced in Russia became the second most effective drug in Hungary after Moderna. This became known from the results of a study published in the journal Clinical Microbiology and Infection.

Scientists tested the effectiveness of vaccinations in 3.7 million Hungarian citizens over 16 years old. Most often, Hungarians are vaccinated with a drug from Pfizer-BioNTech (1.5 million people), in second place in popularity is the Chinese Sinopharm (895 thousand), in third place is Sputnik V (820 thousand), AstraZeneca closes the list (304 thousand) and Moderna (222 thousand).

As a result, the drug Moderna showed the greatest efficiency against coronavirus infections – 88.7 percent, Sputnik V is in second place with 85.7 percent. The Pfizer-BioNTech vaccine was 83.3 percent effective, AstraZeneca 71.5 percent and Sinopharm 68.7 percent. At the same time, Sputnik V best protects people from death as a result of COVID-19.

Earlier it became known that Argentina approved the Russian Sputnik Light vaccine as an independent drug and booster vaccine. According to the Russian Direct Investment Fund, the Sputnik V vaccination in Argentina has played a key role in the fight against the rising incidence of coronavirus and deaths from COVID-19.