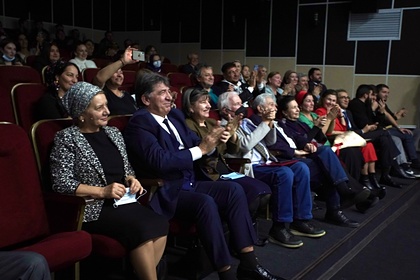 The film Glorious Sons of the Caucasus VII International Film Festival “Golden Tower”, held in Ingushetia. It is reported by TASS.

It is noted that the film “New Life of Ancient Magas” was recognized as the best Ingush documentary film. The best documentary film was “Russia – Phoenix”. The prize for the title of the best North Caucasian film was given to the picture “Postal Marathon.” city.

The Golden Tower Film Festival has been held in the republic since 2014. The main prize of the festival is a miniature golden copy of a medieval Ingush tower.