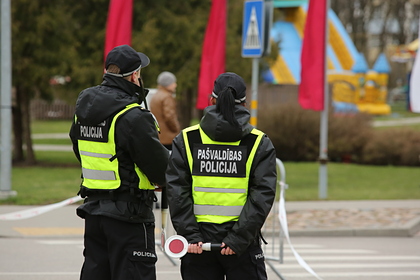 Aldis Gobzema, a deputy of the country's parliament, was detained in Latvia. The reason was the organization of an unsanctioned rally by the deputy, at which Gobzem gathered opponents of the restrictive measures of the Latvian authorities aimed at preventing the spread of coronavirus infection. The information is transmitted by LETA.

Gobzem opposes compulsory vaccination of Latvian citizens. In the city of Tukums, he staged a protest against the actions of the authorities, and planned to hold a series of similar protests throughout the country. The police arrived at the gathering place and demanded to stop the event, but the deputy refused to do so and was detained. Gobzem actively resisted law enforcement officers, he had to be handcuffed.

Earlier, Latvia introduced compulsory vaccination for many categories of workers, and from October 1, 2021, employers were given the right to fire unvaccinated citizens. Gobzem opposed these measures and became one of the leaders of the Latvian anti-Axis movement.

According to the laws of the country, a deputy can be detained only with the consent of the Latvian parliament. Whether this requirement was met is unknown. The police have fined Gobzema several times for holding such rallies.

On November 25, the country's authorities announced that they had achieved the goals set by the European Union for the vaccination of the population. 70.28 percent of residents aged 12 and over were fully vaccinated, said the head of the Ministry of Health of the Republic Daniels Pavluts.