Former head of the Council of Ministers Ryzhkov: It was not the Americans who destroyed the USSR, although they contributed to 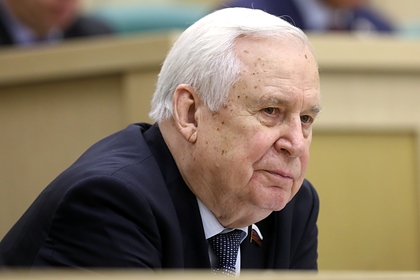 Former Chairman of the Council of Ministers of the USSR, member of the Federation Council Nikolai Ryzhkov spoke about the reasons for the collapse of the Soviet state, considering chaotic and abrupt reforms to be the main reason for this. His words are reported by RIA Novosti.

“It was not the Americans who ruined us, although they contributed to this, since they always tried to eliminate such a competitor as the USSR. But I do not think that we collapsed only because of external factors, “the former Soviet prime minister believes.

Ryzhkov pointed out that due to the problems accumulated in the country, reforms were necessary. “But it was necessary to work calmly, methodically, as China is developing today. They spent 40 years to modernize and come to the current level. And then we began to grab hold of one thing, then another, then a third, “the ex-head of the Council of Ministers believes.

Despite the problems, with the right approach, they could be solved by changing the relationship between enterprises and workers and updating the batch. Thus, it was possible to preserve the USSR and live like today's China, he added.

Ryzhkov called the collapse of the USSR an “anti-historical act” and also pointed to the found “internal forces that helped the collapse.”