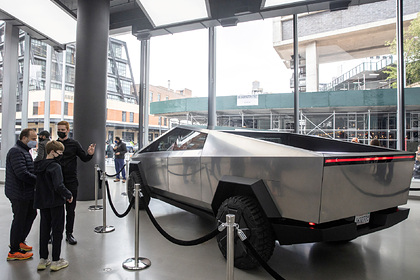 Elon Musk has announced the creation of a new version of the Cybertrack electric pickup. This is reported by the Electrek edition.

Musk announced the new model on his Twitter. The entrepreneur said that the company's engineers have updated the electric pickup, adding new features to it. Thus, Cybertrack will receive four engines per wheel instead of three that were present in the original version of the car.

The driver will be able to independently control the torque of each of the four wheels. Also, the car will have two new options – “tank mode” and “crab mode”. In the first mode, the pickup will be able to rotate around its axis, which should improve the maneuverability of the electric car, in the second, Cybertrack will be able to move diagonally.

The Tesla chief noted that the model with four electric motors will replace the earlier version with three motors. The journalists noticed that information about the characteristics and price of the car had disappeared from the company's website. Initially, Cybertrack had a range of about 800 kilometers, the electric pickup was estimated at 69,900 dollars, or about five million rubles.

In September, it became known that Tesla would not have time to release an electric pickup Cybertruck until 2022. Musk told his staff that the delay was due to a difficult situation in the semiconductor market. Cybertruck was introduced in November 2019.