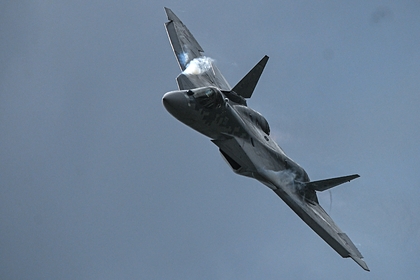 The British Army has announced that it has adopted a new system Air defense Sky Saber to repel threats allegedly emanating from Russian fighters. This is reported by the Times newspaper, citing sources in the UK Department of Defense.

According to the newspaper, the new system has replaced the Rapier missiles, which have been used since the 1970s. The upgraded rockets can hit a tennis ball-sized target that travels at the speed of sound. It is also indicated that the Sky Saber system can control the flight of 24 missiles simultaneously, which are capable of destroying fighters, drones and laser-guided smart bombs.

According to sources of the publication, the department wants to launch a new system in order to “repel threats coming from Russian stealth fighters, such as the Su-57, which NATO has codenamed Felon. ” “The latest air defense system is a vivid demonstration of our combat capabilities to those who want to harm us,” said British Defense Procurement Secretary Jeremy Quinn.

In November, British Defense Secretary Ben Wallace spoke about the intercepts of Russian aircraft. According to him, Russia used aircraft to spy on the carrier strike group (AUG) of the Royal Navy (Navy) of Great Britain, led by the aircraft carrier Queen Elizabeth. He noted that F-35 carrier-based fighters from the aircraft carrier Queen Elizabeth intercepted Russian planes taking off from Syrian airfields 30 times.