ABC: British historian Holland called the US tank the best in WWII, forgetting about the T-34 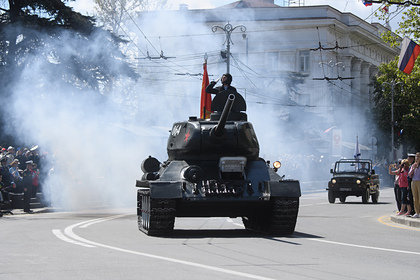 British historian James Holland named the best tank World War II American “Sherman M4”, forgetting about the Soviet T-34. The corresponding article was published on the website of the Spanish edition of ABC.

According to Holland, the US tank was small, fast, not very heavy, and could be mass-produced without difficulty. At the same time, during the Second World War, it was most often used by the Western allies.

At the same time, the material cites the opinions of the German tanker-ace of the Second World War, Otto Carius, who called the Soviet T-34 “the most dangerous enemy” .

In September, the general director of TsNII Prometheus, Alexei Oryshchenko, revealed the secret of the turret of the T-34 tank, which the Germans could not repeat. According to him, during the Great Patriotic War, the company invented a seamless casting tower for the T-34. It was much stronger and of better quality than that of German tanks, and provided higher protection and faster assembly of the armored vehicle. The Germans could not copy this technology during the entire war.