White House: Biden intends to explain to Putin that he is ready to put pressure on Russia because of Ukraine 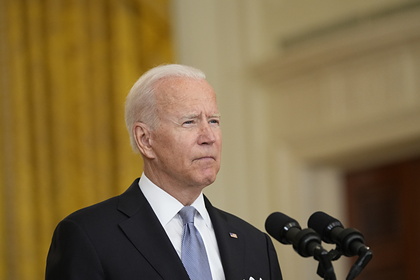 US President Joe Biden intends to clearly explain Russian leader Vladimir Putin that he is ready to put economic pressure on Moscow in the event of a conflict with Ukraine. This was stated by the official representative of the White House Jen Psaki, her words are quoted by Interfax.

“He will make it clear that we were preparing a number of economic measures that could cause damage. We expect Ukraine to be a major topic of discussion in the negotiations. However, there will be other topics, ”she said.

Psaki added that Biden plans to discuss his actions with allies. She also stressed that the United States is striving to convey to Russia that the situation with Ukraine must be resolved through diplomacy.

The White House official did not answer directly the question of whether the United States would use its armed forces in the event of a military conflict between Moscow and Kiev, explaining that “the military aspect is not our priority option.” According to her, the United States aims to bring relations with the Russian Federation to a more stable basis, does not seek to escalate.

Talks between Vladimir Putin and Joe Biden will be held on Tuesday evening, December 7. They will take place in secure video communication mode. Leaders will determine the time needed for the conversation.