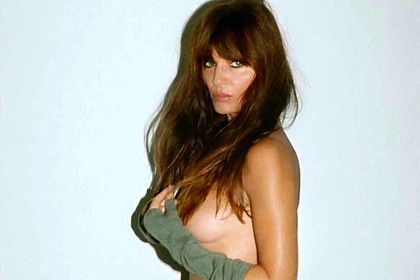 Danish supermodel Helena Christensen took part in a candid photo shoot and thrilled the fans. A corresponding series of shots and user comments appeared on her Instagram page.

For the new shoot, the 52-year-old celebrity starred in several characters. So, in one photo she is captured in a white T-shirt with the inscription 90's supermodel (“supermodel of the 90s”) and black leather pants. In another shot, Christensen poses topless in brown Chanel pants and khaki knitted gloves. At the same time, she covers her bare chest with her hands. She was also photographed wearing a dress over a T-shirt and lace-up boots.

These shots are known to have graced the printed version of L'Beaute magazine called The Icons Book. The publication received more than 26 thousand likes.

Fans appreciated the appearance of the model in the comments. “Stunning lady. Not subject to either time or age “,” Pretty Woman “,” Damn hot! “,” You look incredible “,” How young you look! ” – they praised.

In October, Helena Christensen starred in a candid photo shoot for the cover of the Scandinavian version of the fashion magazine Vogue. So, in one of the photos, she posed in a striped sweater without pants, holding a dog in her hands, and in the second – in a lace bodysuit near the wall with paintings. The model was also photographed topless in coral trousers.