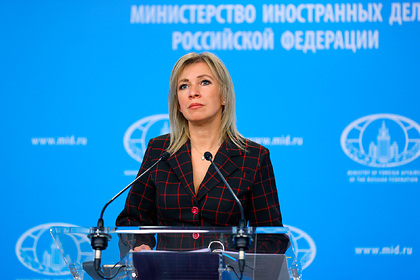 US Air Force actions have created a threat to Russian civil aviation. This accusation in her Telegram channel was voiced by the official representative of the Russian Foreign Ministry Maria Zakharova. She recalled that a catastrophe was averted over the Black Sea, but this does not mean that “the United States and NATO can continue to risk the lives of people with impunity.”

“I will repeat again what Russian experts have already stated: the intensity of NATO aircraft flights near the borders of the Russian Federation, including over the Black Sea, creates the risk of dangerous incidents against civil aircraft, “the diplomat wrote.

She also cited the official chronology of events on December 3, which was earlier published by the Federal Air Transport Agency. Then, over the open waters of the Black Sea, near the area of ​​responsibility of the Russian air traffic services, the NATO CL600 reconnaissance aircraft performed a flight with an intensive decrease in altitude from 11 thousand to 9.2 thousand meters. At that time, it crossed the air traffic service route established for civil aircraft.

Almost simultaneously, the routes of two civil aircraft ran in the same place: Aeroflot airline, which was flying from Ben-Gurion airport to Sheremetyevo airport , and the Malta-owned CL650 en route from Sochi to Skopje, North Macedonia.