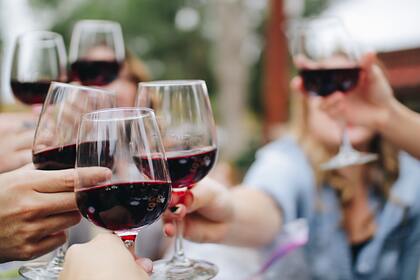 According to the Global Drug and Alcohol Survey, the world's most drinking nation recognized the Australians. The Daily Mail writes about this.

According to the results of the study, in 2021 Australian residents got drunk on average 27 times, which is almost double the world average (15). The poll showed that citizens of the sixth largest country in the world fill a glass with beer, wine, or other drinks on average two days a week.

Denmark is in second place in terms of the amount of alcohol consumed, and Finland is third. Residents of the United Kingdom and the United States are also named among the most drinkers in the world – they rounded out the top five, occupying the fourth and fifth lines of the list of countries, respectively.

It is noted that the Irish had the most remorse over the amount of alcohol they drank – in about a quarter of cases. At the same time, the most common reason for regret among all survey participants was the answer “I drank too much and too fast,” he got 49 percent of the votes. the year they drank alcohol is at least 132. New Zealand is in second place – 120 days, followed by the Netherlands – 112 days.

Earlier in December, arrhythmologist Andrei Ardashev revealed that alcohol abuse causes “ festive heart syndrome “. This is the name for arrhythmia attacks – irregular contractions of the heart, when it beats very quickly, and then freezes. The phenomenon lasts no more than 24 hours and threatens with mortal danger.