Russian Kaprizov scored 80 points in the NHL in 79 matches, this is Minnesota's record 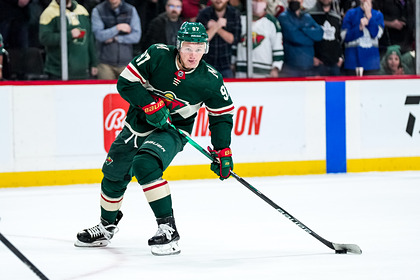 The main time of the meeting, which took place on the night of Sunday, December 5, ended with a score of 3: 3. The Russian forward Kirill Kaprizov made an assist. In overtime, no one managed to distinguish themselves, and in the shootout the hosts were stronger. The winning free throw was scored by Kaprizov.

According to the NHL Twitter, the Russian has set another club record. Whims reached 80 points scored on the goal-plus-pass system in 79 games. The previous achievement belonged to Brian Rolston, who took 84 games.

Whims have played 24 games in the NHL this season. The Russian scored nine goals and made 21 assists.