US Ambassador Sullivan on refusing to issue visas to Russians: not so much a decision as a fact 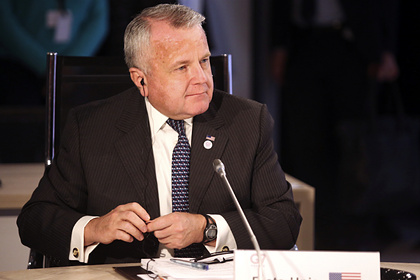 US Ambassador to Russia John Sullivan commented on the situation the termination of the issuance of visas to Russians. He spoke about this in an interview with RBC.

According to him, the refusal to issue visas to the United States to Russian citizens was “not so much a decision as a fact.” He noted that earlier, the Washington Embassy in Moscow had a consular section, which employed 60 people who issued immigration and non-immigrant visas. However, due to the expulsion of American diplomats and a law banning the hiring of local workers, the department now employs fewer than five people, the ambassador added. “We simply do not have people to do this work,” the American diplomat said.

At the same time, Sullivan stressed that this situation causes him very great regret. He also noted that this is a serious problem, and Washington is doing everything possible to resolve it.

Earlier, Russian Foreign Minister Sergei Lavrov said that the US government had seized the diplomatic property of the Russian embassy in Washington. “It is absolutely unacceptable and violates every conceivable diplomatic canon and convention that the Americans seized and control our diplomatic property,” the Russian minister said. He also noted that embassy employees are not allowed to work places so that they can understand “what is happening there now.”