Ambassador Sullivan: US hopes to avoid “tragic violence” in Ukraine 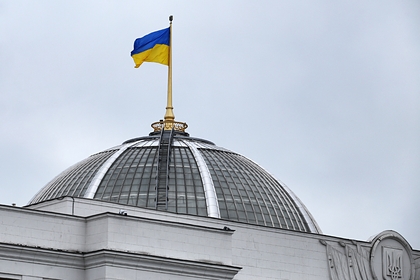 tragic violence in Ukraine ”by Moscow. He stated this in an interview with RBC.

You saw the statement of Secretary of State Blinken about the unusual military strengthening of the Russian military on the border with Ukraine. We believe that there are destabilizing actions within the country

John Sullivan US Ambassador to Russia

Sullivan said the country's authorities hope the violence can be prevented through diplomatic engagement. He recalled the meeting between US Secretary of State Anthony Blinken and Foreign Minister Sergei Lavrov on December 2, where politicians discussed this issue. The diplomat added that, on behalf of US President Joe Biden, despite the differences, he is ready to build stable relations with Moscow.

How the conflict escalated

Talk of an escalation of the conflict in Donbass began amid reports of a concentration of Russian troops near the Ukrainian border this fall. On November 30, Pentagon spokesman John Kirby accused Russia of continuing to build up troops near the border. He said that Washington is “watching with alarm” the units of a “combined character” that “continue to assemble at, or not at, but near the Ukrainian border.”

On December 3, US Secretary of State Anthony Blinken warned Russia of “very serious consequences” in an attack on Ukraine. He noted that, in the event of renewed aggression from Russia, the response will follow not only from the United States, but also from the European Union.

The Kremlin, in response to the “hysteria” being whipped up in the Anglo-Saxon and Ukrainian media, said, that Russia is not going to attack anyone. This was announced by the press secretary of the President of Russia Dmitry Peskov.

“Plan of attack” of Russia

On December 4, the Associated Press, citing a source in the US presidential administration, reported that, according to US intelligence services, Russia is planning an invasion of Ukraine. According to the interlocutor of the American edition, Moscow intends to deploy 175 thousand troops on the Ukrainian border – half of them are already in positions.

The Washington Post published a map of the planned offensive of Russia, which was “discovered” by American intelligence. According to the document, Moscow will attack on several fronts, involving 100 battalion tactical groups, armored vehicles and artillery. The scale of the forces, according to an anonymous source from the US presidential administration, “is twice that which we saw last spring during Russia's operational exercises near the borders of Ukraine.” The “attack plan”, however, uses terms and wording that are not typical of the Russian army. For example, the “tactical group” in the countries of the North Atlantic Alliance is called the reinforcement of a specific unit with additional means of fire support to carry out a combat mission. In Russia, the term “reinforced battalion” is used.

The German edition of Bild, citing sources in NATO and the security services, said that the attack could take place in late January – early February 2022. At the first stage, it is planned to enter from the south of Ukraine in order, according to informed sources, to ensure supplies to Crimea, as well as to cut off Ukraine from the sea.

Related materials 17: 26-23 November DPR and Ukraine declare mutual shelling and are preparing for war. Why are Russia accused of aggravating the situation in Donbass? 00:01 – April 16

” We have nowhere to retreat “The head of the DPR Denis Pushilin – about the threat of a big war in Donbass and the protection of Russians in Ukraine can be seen “by the list of obvious and latent signs.” He emphasized that in terms of the number of equipment, strained personnel and the hysteria that sounds in Kiev, it is one of the most serious since 2014-2015. At the same time, according to the head of the DPR, anything can happen.

The leader of the DPR called on President Volodymyr Zelensky to start negotiations on the “neighborhood” and stressed that it was no longer a question of one state. The politician added that the DPR is counting on its strength in the event of an invasion of Ukraine, but can turn to Russia for help.