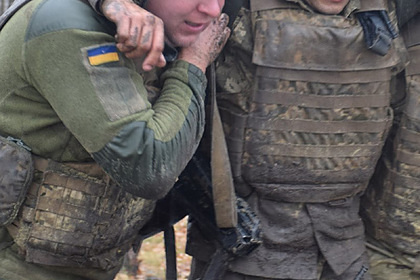 The representative of the defense department of the self-proclaimed Luhansk People's Republic the arrival of Ukrainian snipers in the area of ​​the city controlled by Kiev Shchastya near the line of contact in Donbass. His words are reported by RIA Novosti.

“According to our intelligence, at the positions of units of the 79th brigade in the area of ​​the settlement Shchastya, the arrival of sniper pairs from the 131st reconnaissance battalion (Armed Forces of Ukraine – ed.) Was noted.” , – said the press service.

A representative of the defense department suggested that the military could have arrived for provocations.

Earlier, the LPR called a “war with children” protest that Ukraine expressed to Serbia after victory at their competition girls from Donbass. In a message from the Ministry of Foreign Affairs of the republic, it is said that a resident of the LPR has won a Serbian competition of children's drawings. After that, the Ukrainian Embassy in Serbia accused the local authorities of collaborating with terrorist organizations and demanded to suspend the participation of children from Donbass in such competitions.