Spartak newcomer Ilya Svinov about jokes about his last name: everything about the case 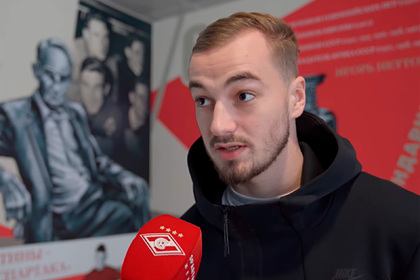 Spartak Moscow goalkeeper Ilya Svinov shared his transfer to the Moscow club. The player spoke on the red-and-white YouTube channel.

“The fans joke that with such a surname I could not help but be in“ Spartak ”? All to the point. I'm okay with that, ”the goalkeeper reacted. Svinov also noted that in his last name the stress is on the letter “o”.

The newcomer of “Spartak” also added that he was happy to sign a contract with such a team. According to the goalkeeper, he is ready to fight for a place in the squad.

Svinov's transfer to Spartak became known on December 4. The contract, which will enter into force on January 1 of the next year, is calculated until May 2025. Before joining the Moscow club, the Russian played for the Voronezh Fakel from the Football National League (FNL).