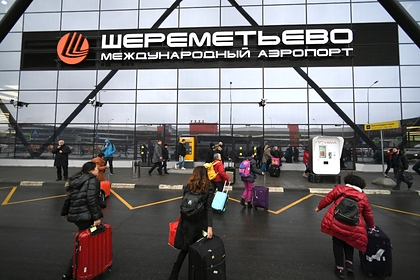 Express test for COVID-19, which introduced because of a new omicron-strain led to congestion at the airport in Moscow, RIA Novosti reports.

According to the agency, arriving from London lost about two hours due to a mandatory test. After the plane landed at Sheremetyevo on the night of Saturday to Sunday, December 5, passengers were asked to stay in their seats. First, they underwent thermometry – a procedure that is done only on flights from countries with identified cases of the omicron strain – and after 30-40 minutes they were brought by buses to the terminal, from where they were not released for a long time due to long queues at sanitary control.

Rosportrebnadzor checked the profiles of the arrivals, and the doctors carried out testing. The results were announced over the speakerphone within two minutes, each passenger was assigned a number.

At the end of November, the Russian authorities announced that free testing would be organized at airports for those arriving from countries “risky to import a new strain”: South Africa , neighboring African states, China and the UK.

Earlier it was reported that Russia introduced a 14-day quarantine for those arriving from the Republic of South Africa (South Africa) and neighboring countries. According to the Federal Tourism Agency, several hundred Russians are now in South Africa.