President Putin: there are no migration flows to Europe through Russian territory 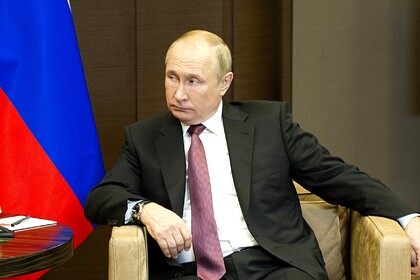 Europe. He also expressed the hope that this will not happen in the future. The Russian leader said this during a meeting with the head of the International Federation of the Red Cross and Red Crescent Society, Francesco Rocca, via videoconference, TASS reports.

Putin also noted that he was worried about the migration crisis on the Polish-Belarusian border … He urged to pay attention to how Poland acts in the current situation. In particular, Putin stressed that the Polish side adds herbicides to the water that is poured over migrants.

cause burns and other serious consequences there for these migrants, including women and young children, “the Russian leader said, adding that” this does not at all fit with the principles of humane treatment of migrants.

< p> Let us remind you that the migration crisis has continued on the Polish-Belarusian border since the beginning of November. Thousands of refugees from the Middle East approached the barriers at the border and tried to enter the territory of the European Union. The Polish security forces had to use additional forces to contain their pressure. The European Union accused the official Minsk of aggravating the situation with migrants.

Against the background of these events, the Russian Red Cross began raising funds to provide assistance to the Belarusian Red Cross in connection with the migration crisis.