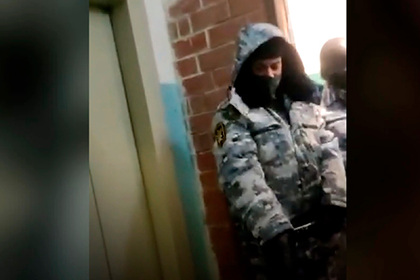 About this in E1.RU with reference to the press service of the main department of the Federal Bailiff Service (GUFSSP in the Sverdlovsk region).

It is noted that on Friday, December 3, a resident of Yekaterinburg, Andrei Khlybov, who has a disability due to the loss of one leg, was evicted from an apartment, which was sold at an auction for debt on a loan by a court decision. According to the Russian, the police began to break down the doors of the house while he and his underage daughter were away – he learned about this from a neighbor. The man had to urgently return home, but the bailiffs did not let him inside and did not even allow him to take his personal belongings and documents with money.

According to the department, the debtor was repeatedly notified of the initiation of enforcement proceedings, the court also refused to satisfy his claims to terminate the case. In addition, his six-year-old daughter is not registered in this apartment and actually lives with her mother. Also, according to data from the registering authorities, this housing is not the only one for Khlybov.

“The debtor refused to name the address where it would be possible to transport things. In this connection, in accordance with the legislation, the debtor's belongings located in the apartment belonging to another owner were described in the presence of attesting witnesses, sealed and sent for safekeeping to a specialized organization. The debtor was informed of the address of the safekeeping where he can take his things, ”the State Administration for the Federal Security Service said.

Khlybov said that he and his daughter would now have to move into a one-room dwelling with their son. The girl's mother, who also has two children, 13 and 18 years old, lives with them in a two-room apartment.

Earlier in December, the chairman of the Investigative Committee (IC) of Russia, Alexander Bastrykin, instructed to organize an investigation into the violation of the rights of a mother with many children from Tyumen, who lost her apartment due to mortgage debt. The head of the department also demanded that comprehensive measures be taken to restore the rights of women.