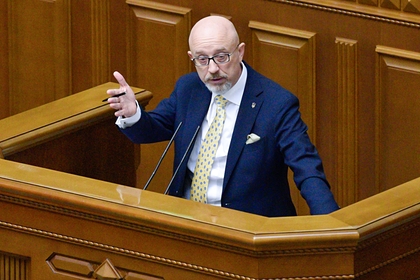 Canada to protect the integrity of the state in the event of aggression by Russia. According to RIA Novosti, citing an interview with the head of the Ukrainian defense department for The Globe and Mail, this is about American, Canadian and British forces.

They, according to Reznikov, should be stationed in those regions of the country that “Can become frontline positions in the event of a large-scale Russian attack.” The minister also called on the “Anglo-Saxon allies” to provide assistance to Ukraine not through NATO. An example of such cooperation could be the sending of more military instructors to the country.

“It would be nice if Canadian instructors were deployed in Kharkiv, Mariupol, Kramatorsk, Odessa and Zmeinyi Island. Together with the guys from the United Kingdom, with the guys from the USA, within the framework of bilateral platforms, without NATO. Three flags should fly at these territories. It will be a good sign to the Russians that you are here, “Reznikov said.

Meanwhile, the Russian Foreign Ministry named those responsible for the non-fulfillment of the Minsk agreements. According to Deputy Foreign Minister of Russia Alexander Grushko, Ukraine is trying to use the very fact of non-fulfillment of the agreements concluded in the capital of Belarus so that the European Union continues to adhere to the sanctions policy towards Moscow.