The Russian Embassy in Cyprus: the bodies of the killed Russian women were found on December 5 at about 2:30 am 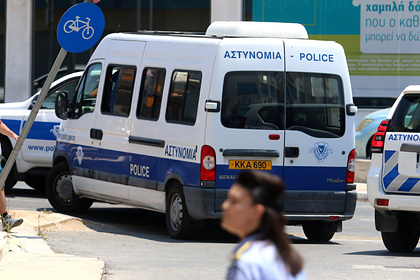 The murder of two domestic tourists and revealed the details of the incident. This was announced by the official representative of the department Sergei Lagutenko in an interview with the REN TV channel.

Lagutenko noted that, according to the Larnaca police department, today, December 5, at about 2:30 in the morning, the bodies of two Russian women who had disappeared earlier were found .

“Three people were detained, all of them are of Syrian nationality. One of the detainees, as far as we know, confessed, “the embassy said.

The representative of the department noted that the diplomatic mission had already established contact with the relatives of one of the deceased. “Regarding the second woman, there is no information about the presence of her relatives in Russia,” Lagutenko added.

On December 5, the bodies of two Russian tourists who went missing on November 17 were found in the garden of a holiday home in Cyprus. It was clarified that the suspect in the murder of the girls was detained 10 days ago – he turned out to be a 32-year-old Syrian citizen.