TASS: the military attache of Ukraine was handed a note of protest over the violation of the Belarusian border 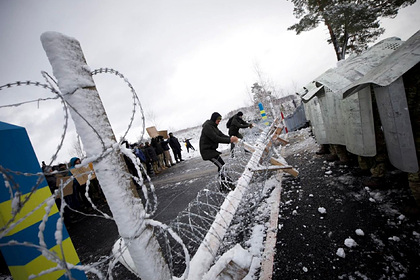 state border. This is reported by TASS with reference to the message of the Ministry of Defense of Belarus.

“The military attaché was informed that the Ukrainian side avoids dialogue to resolve controversial issues both in terms of international military cooperation and arms control, which is very alarming “, – noted in the message of the security department. The Ministry of Defense emphasizes that the military attaché of Ukraine was cited facts testifying to the evasion of this country from “fulfilling obligations within the framework of regional confidence and security measures.” armed forces. They, as noted in the Ministry of Defense, took place against the background of “accusatory rhetoric against Belarus.” Minsk stressed that “the totality of these facts may indicate the possibility of a security threat” to Belarus in the south kilometers. According to the Belarusian side, this happened on Saturday, December 4, near the Novaya Rudnya checkpoint of the Mozyr border guard detachment. The State Border Committee of Belarus immediately informed the Ukrainian colleagues about this. Those, in turn, stated that this information “is not true”.