ATOR: since December 3, the Pattaya authorities have lifted the ban on the sale of alcoholic beverages at the resort 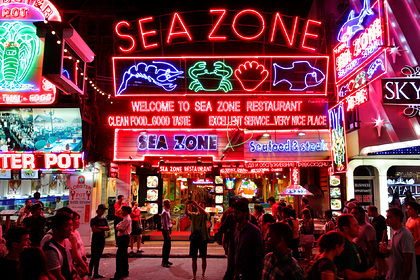 favorite resorts of Russians, they decided to early abolish the dry law – since December 3, the sale of alcoholic beverages has partially resumed. This was reported on the website of the Association of Tour Operators of Russia (ATOR).

So, according to the order of the Governor of Chonburi in the pilot tourist zones (Pattaya, Siracha, Ko Sichang, Bang Sare, Najomtien), the ban on the sale of alcoholic beverages was canceled for 1 , 5 months before the announced date – from December 3, 2021 instead of January 16, 2022.

However, it is allowed to sell and drink alcohol only in SHA + hotels and restaurants, that is, in establishments that have passed tests on hygiene safety and confirmed the provision of their services in accordance with the requirements of the Ministry of Health. At the same time, it is noted that most of the tourist sites in Pattaya have this certificate.

In addition, tourists will be able to drink alcohol in restaurants strictly from 11:00 to 14:00 and from 17:00 to 23:00. Despite the lifting of the ban, entertainment venues, clubs and bars will resume their work only from January 16, 2022. It is reported that the sale of alcoholic beverages in shops and supermarkets is not limited.

Earlier in November, it became known that representatives of the Pattaya tourism industry demanded to cancel the dry law, as due to the ban on selling alcohol in restaurants and the closure of nightlife entertainment establishments, foreign tourists massively refused to come to the resort. For example, the drastic measures hit hard on the image of tourism in Pattaya, famous for its nightlife, and caused catastrophic damage to the tourism industry.