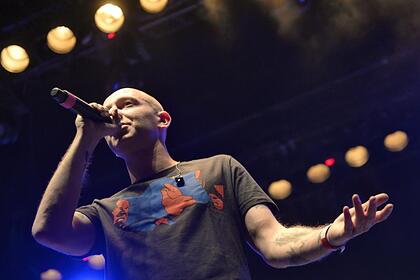 Blogger Dmitry Yakushev of Russia did not ask the head of the Investigative Committee of Russia creativity of Noize MC and Oksimiron. He wrote about this in his blog on Livejournal, admitting that he had invented as a joke an appeal by a “group of patriots” who allegedly saw in the musicians' lyrics the rehabilitation of Nazism and extremist activities, as well as the propaganda of a negative attitude towards law enforcement officers.

< p> “Damn. Stop. There was no “Appeal from a group of patriots”. It was a joke. A fictitious appeal, specially written in an idiotic form, is a satire for our time, “wrote Yakushev.

Recall that earlier information appeared that Bastrykin asked to check the activities of Russian musicians Noize MC and Oksimiron. As noted in the official message of the UK, the reason for studying the creativity of rappers was the appeal of the “initiative group of patriots.” It says that “the criminal activities of these persons today have gone beyond all permissible limits and have become a national threat, more dangerous than NATO expansion.” Yakushev also joked that once “Nuland handed out cookies”, now Kolokoltsev, Patrushev, Bastrykin, Zolotov “were also handed out something on the streets, apart from threats and bans, for example, oranges”. Yakushev ironically described the “group of patriots” as “interested people who want victory for the Fatherland in the hardest battle with the global evil, NATO and the advancing LGBT people.”