The Drive: the US Army MGM-140 ATACMS complex is capable of striking Moscow from Ukraine 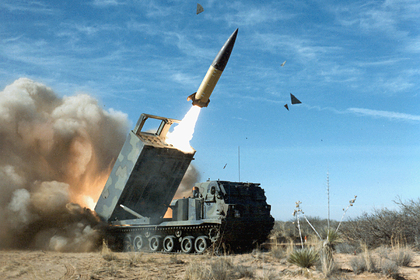 MGM-140 Army tactical missile system The Tactical Missile System (ATACMS) of the US Army, if deployed in Ukraine near its northern borders with Russia, can strike Moscow, writes the American edition of The Drive.

The publication calls the MGM-140 ATACMS “the only ground-based weapon in service with NATO, which is capable of hitting the Russian capital from Ukrainian territory.” The Drive notes that at present it is not known about the plans of the alliance to place such complexes in Ukraine.

In November, Russian President Vladimir Putin during a speech at the investment forum VTB Capital “Russia is calling!” expressed the hope that the situation with Ukraine will not come to the appearance of red lines. “If some kind of shock complexes appear on the territory of Ukraine, the flight time to Moscow will be 7-10 [minutes], and in the case of placing hypersonic weapons – 5 minutes. What are we to do? Then we will have to create something similar in relation to those who threaten us so. Can you imagine? And we can do it now, “said the head of state.