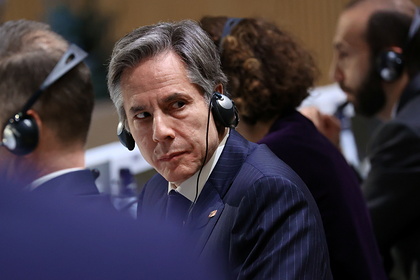 US Secretary of State Anthony Blinken said that the current situation around Ukraine the migration crisis on the borders of Belarus with the European Union (EU), as well as the Nord Stream 2 gas pipeline project are interconnected. He spoke about this within the framework of the Reuters NEXT conference, TASS reports.

Blinken was asked whether he found a “military threat against Ukraine”, the situation with migrants on the Belarusian border, as well as “Nord Stream -2 “by the” coordinated geopolitical strategy “of the Russian Federation, which in this way can allegedly exert pressure on Europe. “Probably yes. In other words, all these phenomena are taking place, and they are related to each other, “the Secretary of State said.

” What we see in Belarus on the border with three countries, and at the same time, growing pressure on Ukraine, as well as, yes, energy too, especially on the eve of winter. All this comes together, “- said Blinken.

Earlier, Blinken warned that Russia will face” very serious consequences “not only from the United States, but also from the European Union, if it” continues the confrontational course and renews aggression against Ukraine “.