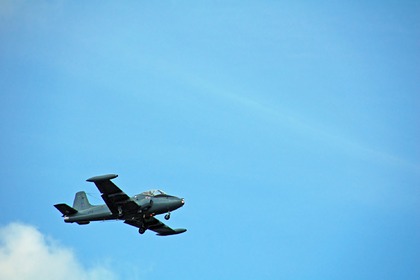 truck, the press service of the Pirmasens city police reports.

A 72-year-old man, while in the air, realized that the ship was in disrepair. He decided to urgently put him on the nearest highway. The pilot sustained minor injuries and the truck driver was not injured. Now traffic on the highway has been restored, police said.

Earlier, the British pilot, who was following the route London – Bologna, collided with a flock of herons while approaching. The windshield of the liner spattered with the entrails of birds, and several were sucked into the turbines of the aircraft. The pilot managed to land the plane.