Tsivilev: emergency work at the Listvyazhnaya mine is going on around the clock 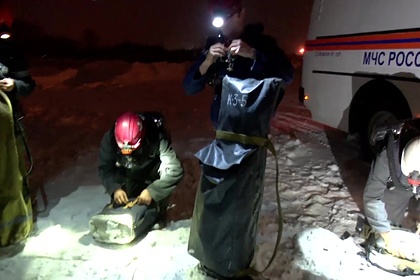 Emergency work at the Listvyazhnaya mine is being carried out around the clock. This was stated by the Governor of Kuzbass Sergei Tsivilev in his Telegram channel.

At the moment, the emergency section of the preparatory face is being ventilated. Specialists are engaged in equipping technological wells for supplying nitrogen, carbon dioxide and freon, as well as restoring ventilation and pipelines.

“There are three VGSP departments and members of the mine's auxiliary mine rescue team working in a shift,” said the head of the region.

A methane explosion at the Listvyazhnaya mine in the Kemerovo region took place on the morning of November 25. As a result of the accident, 51 people died, five of whom were mine rescuers who went in search of miners. According to the latest information, 99 people were injured, three of them are still in hospitals.

On December 2, prospecting operations were resumed at the mine, which were suspended due to the difficult gas situation.