“RG”: the head of TsRNAP Shapkin predicted a deficit, an increase in alcohol prices from January 1, 2022 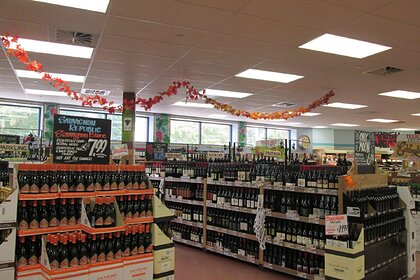 Chairman of the National Union for the Protection of Consumer Rights, Head The Center for the Development of National Alcohol Policy (TsRNAP) Pavel Shapkin said that Rosstandart will introduce new GOST standards for alcoholic beverages from January 1, 2022. In particular, new labeling will appear on the products, which will cause a shortage of goods on the market, Rossiyskaya Gazeta (RG) writes.

Shapkin explained that unsold goods with the old counter-label will need to be equipped with an additional sticker indicating the new data. The head of the CRNAP predicted that such a situation would at least lead to a sharp rise in the price of alcohol and even to its deficit. He warned Russians that before the New Year, manufacturers may not have time to re-stick the counter-labels, and retail chains may refuse to sell such goods.

“For retail chains, stickers are an additional headache. They come off, the information may not be the same, which may result in fines. Therefore, they try not to accept such products with additional stickers, “the expert explained.

The executive director of the Fort wine trading company, Alexander Lipilin, said that at the moment there were no problems. In addition, the company does not expect a shortage of goods: according to him, in such situations, the chains warn suppliers in advance about the impossibility of selling products with innovations.

“There are no such signals now, everyone is working calmly. New Year's shipments have already begun, and they are going as usual, “he concluded.

Earlier, the Russians were predicted a shortage of beer. The Beer Producers Association said there will be interruptions in the supply of drinks to bars starting September 1.