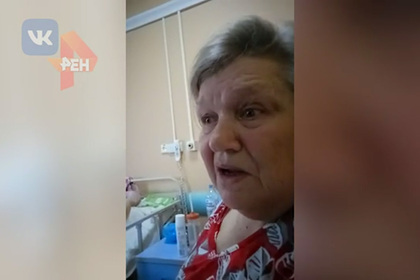 nurses. The video, recorded by the grandson of one of the patients, appeared on the REN TV Telegram channel.

Elderly women said that the nurses came to their ward at night to take urine tests, although no procedures were scheduled for this time … One of the poststroke patients was forcefully pushed to the bed by health workers to take urine tests using a catheter. The woman complained about painful manipulations with her genitals.

At the same time, the nurses insulted and mocked her. Afterwards, the paramedics repeated the same with another patient. When they finished collecting the tests, leaving the ward into the corridor, the nurses laughed and said that they would throw the collected urine into the trash.

On November 9, in Japan, nurse Ayumi Kuboki was sentenced to life imprisonment for murdering patients. The justice found the paramedic guilty of the premeditated murder of three elderly women whom she was caring for. According to the investigation, the nurse suffered from an autism spectrum disorder at the time of the crimes.