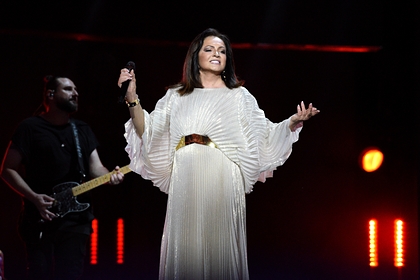 Sophia Rotaru's tremor is not associated with Parkinson's disease, which the artist suspects her fans. Details about the artist's health were revealed by her manager Sergei Lavrov in an interview with KP.RU.

Lavrov spoke about Rotaru's recent hospitalization and noted that the singer suffers from rare pressure drops. According to him, now the singer feels good and everything is in order with her health.

“Hands are shaking, yes. But not from illness, Sofia Mikhailovna does not have any Parkinson, as they write in social networks. You watch her performances ten years ago, there is the same thing, the singer is slightly shaken. Yes, now it is more pronounced, since she is still not 16, but 74 years old. Years go by … And Rotaru always had a tremor. From excitement. Despite her status and long-term career, she worries before each performance. Plus, the pressure jumps after flights. What do you want, she is not young … “, – said the representative of the artist.

In April, Rotaru was hospitalized in the neurological department of the Moscow hospital named after Yudin. The exact reasons for the hospitalization were not disclosed. According to a KP.RU source, actress Svetlana Svetlichnaya was in the same hospital at the same time with suspected stroke. Rotaru was in the VIP building, where, except for doctors and nurses, no one was allowed.