Ermak: there are forces in Ukraine that are interested in destabilizing the situation 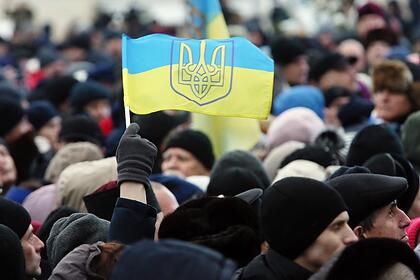 There are external and internal forces in Ukraine that are interested in destabilizing the situation in the country. This was stated at a meeting with the ambassadors of the G7 countries and the EU by the head of the office of the President of Ukraine Andriy Yermak, he is quoted by TASS.

In addition, there are those from the old system who are resisting reforms, he said. Yermak said that during the talks between the G7 and the EU, the situation in Donbass and the tense situation near the state borders of Ukraine were discussed.

During the meeting, they also raised the issue of adopting a law on de-oligarchization in Ukraine. The head of the presidential office noted that when implementing the law, the state does not intend to violate anyone's rights.

“This law is not directed against any surname. Its goal is to exclude opportunities for oligarchic business to influence political processes, buy politicians and manipulate the media, ”Yermak said.

Earlier, President Volodymyr Zelensky was accused of destabilizing Ukraine. According to journalist Vitaly Portnikov, the reason for the destabilization is Zelensky's talks about a meeting with his Russian counterpart Vladimir Putin “to the applause of distraught fans.”