US Secretary of State Blinken: Biden will announce to Putin that he is in the mood for stable relations with the Russian Federation 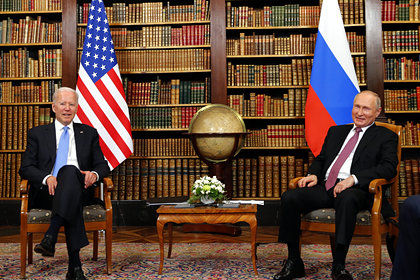 US President Joe Biden will announce talk about Washington's mood for stable relations with Russia. This was stated by the United States Secretary of State Anthony Blinken during the Reuters Next conference, he was quoted by TASS.

Blinken added that Washington expects a conversation between the two leaders in the near future. According to him, Biden intends to strongly warn Moscow against “any reckless or aggressive action that Russia may take.” At the same time, the United States is not threatened, but presented with a fact, the head of the State Department emphasized.

Earlier, the Kommersant newspaper, citing sources, reported that Putin and Biden could meet and hold talks on December 7th. At the same time, the named date has not yet been finally agreed upon. According to Kommersant, the meeting of the presidents is likely to be held via video conference.

Blinken noted that Biden intends to declare the United States' support for the sovereignty, integrity and independence of Ukraine, and not only in relation to the country itself, but in a broader principle.

He added that Washington is concerned about the possibility of one the country changed borders to another and dictated the conditions of neighboring democracy. According to him, this carries the risks of undermining international law.

The secretary added that Russia and Ukraine must demonstrate their intentions to implement the Minsk agreements on the settlement in Donbass. In addition, Russian troops should be withdrawn from the Ukrainian border, the parties should observe the ceasefire to de-escalate the situation.

After that, the United States can join the Normandy format and, together with France and Germany, contribute to a diplomatic resolution of the conflict. Otherwise, European countries will take serious measures against Moscow.

As far as Ukraine is concerned, if Russia decides to follow a confrontational course, if it resumes its aggression, there will be very serious consequences, and not only from our side, but also from other countries in Europe. Confrontation would not be in anyone's interests

Blinken stressed that Washington is seeking a stable and predictable relationship with Russia and is considering the possibility of cooperation in those areas where the interests of the countries coincide, however, according to him, Moscow's actions towards Kiev lead them in the opposite direction.

Earlier, NATO Secretary General Jens Stoltenberg announced the preparation of the West for Russia's attack on Ukraine. He stressed that the alliance is observing “an extraordinary concentration of military forces and an aggravated and very aggressive rhetoric” amid reports of an alleged accumulation of Russian troops near the borders of Ukraine.

Press Secretary of the Russian President Dmitry Peskov, in turn, explained that Russia is not going to attack anyone. He noted the absolute groundlessness of statements about aggressive behavior or intentions of Moscow. He stressed that Russia did not prepare, does not prepare and will not prepare any offensives on anyone.

NATO and the “red lines” of Russia

The Secretary of State also commented on statements that Russia considers the approach of NATO to be “red lines” to the Russian borders, including the deployment of strike complexes and hypersonic weapons on the territory of Ukraine.

On December 1, Russian President Vladimir Putin called on the North Atlantic Alliance to provide guarantees of non-expansion to the borders of Russia. Speaking at a collegium of the Ministry of Foreign Affairs on November 18, he said that Russia is a peace-loving state that wants to create an “atmosphere of good-neighborliness and partnership in the post-Soviet space.” However, the President expressed confidence that NATO, on the contrary, is disposed to actively confront Moscow.

Russian Foreign Ministry spokeswoman Maria Zakharova noted that Ukraine's accession to NATO will become a “red line” for Moscow. She stressed that the desire to turn the country into a springboard for confrontation with Russia is fraught with serious negative consequences, such actions of the alliance destabilize the military-political situation in Europe.

I think the most important thing is, and President Putin does not seem to accept it takes into account or ignores – that NATO is a defense alliance, a transparent alliance. This is not an alliance aimed at Russia, this is not an alliance that intends to resort to aggressive actions against Russia

Russian Foreign Ministry spokesman Maria Zakharova responded to the statements of the US Secretary of State. She noted that hundreds of operations aimed at interfering in the internal affairs of sovereign states and changing their political agenda is a “NATO routine”.