Representative of the Russian Orthodox Church Kipshidze: adults should be responsible for jokes with eating embryos 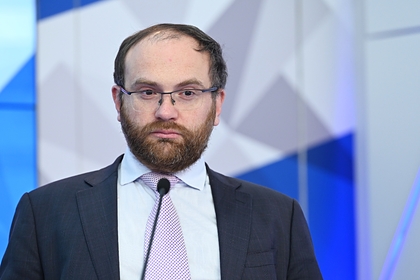 cannibalistic content ”: videos and“ games ”in which children eat or prepare aborted embryos. This was reported to RIA Novosti by Vakhtang Kipshidze, Deputy Chairman of the Synodal Department of the Moscow Patriarchate for Church Relations with Society and the Media.

He noted that videos are being distributed on the TikTok social network in which animated characters or teenagers eat or prepare embryos.

“We consider the popularization of abortion in the children's audience of TikTok as an attempt to undermine respect for the value of human life. Alas, we have not yet fully formed a total rejection of the idea of ​​abortion as an attempt on the gift of life. But I think that even in the current situation, the state has enough will and capabilities to ban such misanthropic, cannibalistic content, “Kipshidze said.

According to him, children are not to blame for the popularization of abortion, as they most often “do not know what they are doing.” “As, for example, for the recruitment of child soldiers, who are known to be the most heartless killers, for the animated” jokes “with the” eating “of aborted babies should be the responsibility of the adult community,” the representative of the Russian Orthodox Church explained.

Earlier, the head of the department for external church relations of the Moscow Patriarchate, Metropolitan Hilarion of Volokolamsk, said that the ROC considers the problem of television the lack of propaganda of family values ​​and a healthy lifestyle. According to him, claims arise if one evaluates the main content of Russian TV broadcasts and various serials. They do not talk about positive values, do not show happy children.

On November 20, Patriarch Kirill, on his 75th birthday, said that the church would never recognize same-sex cohabitation, this practice will always remain a sin. In his opinion, in the West, a church deviating from such foundations is losing its positions.